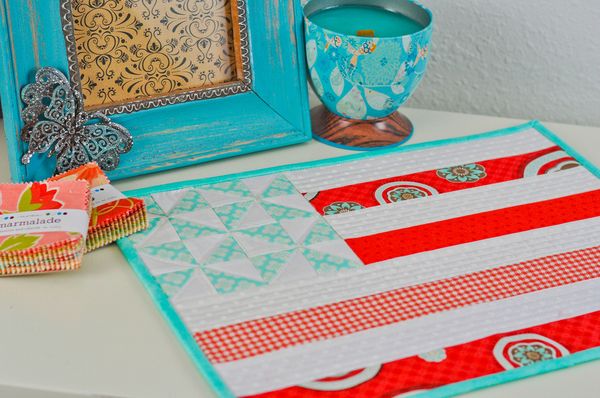 I finally had a chance to do this Monday, while waiting for the refrigerator repairman to arrive and then proceed to tell me that "it's not your ice maker that needs replaced….it's your frig." I didn't really want to hear that the compressor was going out, as that's what the AC repairman told us two weeks ago that led to a new air conditioning unit. Sigh. Guess I'll have to go shopping.

Making a new version of Wee Glory definitely cheered me up! I know the aqua version isn't the norm for patriotic thems, but this project was inspired from last week's cleaning of my scrap bin.  Since I'm a complete nut about Bonnie and Camille fabrics and both of their blogs, I have a lot of their fabric in my scraps. 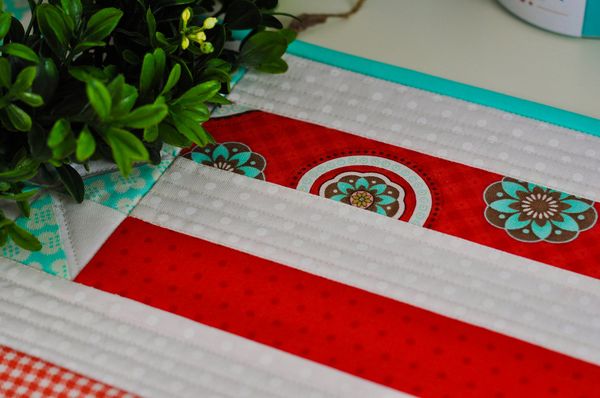 AND…..because I think everyone should have a chance to make their own Wee Glory and use up some scraps, I'm offering the pattern free with any other purchase at my store. Simply use the discount code GLORY at checkout. 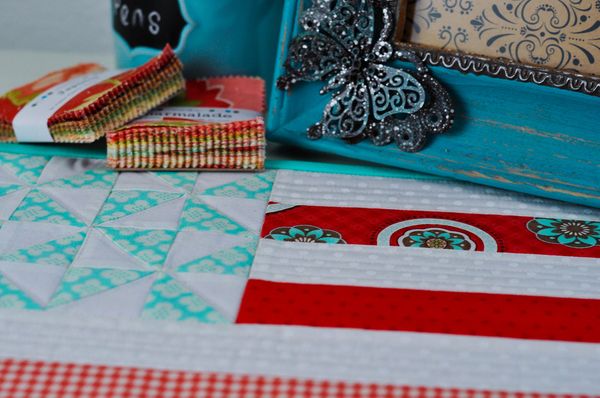 I did deviate just a bit from the pattern instructions, since it calls out for the red strips on to be from the same piece fabric.  Since I was using scraps and making do with what I had, I used a different red for each stripe and another red for the background fabric, just cutting each to the size called out in the pattern. This pattern, seriously, is so fast to make. It took longer to choose the scraps than the assembly. It was also a good chance to practice my quilting, having never quilted straight rows like this. I really like the look!